Call of the north pulls at my heart 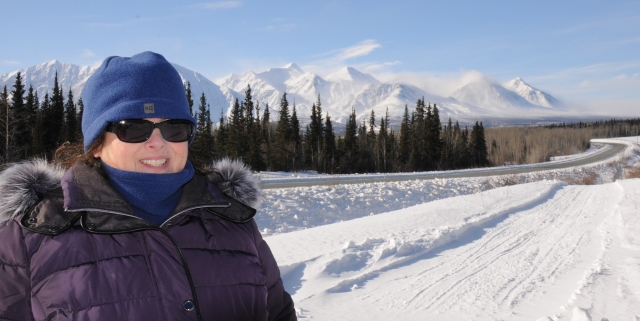 When I was a child, I was a voracious reader—I still am. When in elementary school in Nepean, Ont., a suburb of Ottawa, I would read my way through a shelf of books, then move on to another. At some point, I picked up Mowat’s 1956 children’s novel, Lost in the Barrens (subsequent reprints titled it Two Against the North). It was an adventure tale of a white teenage boy, Jamie, and Awasin, another boy from a nearby Cree tribe; the setting was 1935 northern Manitoba and southwestern Northwest Territories. I was transfixed.

There was a sequel, Curse of the Viking Grave, and I read that one too.

I found the north fascinating. I have read other authors’ tales from those climes, from poet Robert Service to Pierre Berton and, closer to home, Lyn Hancock. I met Hancock when she visited a school in the Comox Valley, and again when her book Winging it in the North was released in 1996. She is an engaging speaker as well as writer, and I hung onto her tales.

In the summer of 2014, I was one of two leaders to accompany a small—very small, only two members—Ranger group to the Yukon for an eight-day trip. We had chosen the location because none of us had ever been to the Yukon, and we could get a direct flight from Vancouver. At the time, I had visited every Canadian province except for Newfoundland and Labrador, but had never been to any of the territories.

It was a great adventure: we drove to Dawson City from Whitehorse and worked our way back. We all agreed that eight days was too short. 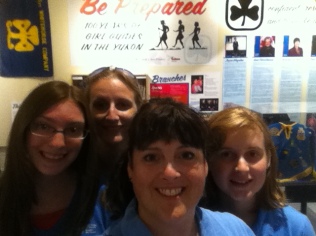 Casandra Dievert, Lynn Hooper, me and Samantha Oldale at the MacBride Museum of Yukon History, in front of a Girl Guiding exhibit.

In the winter of 2017, I had the opportunity to go back to Whitehorse, only this time I travelled with my mom. We both celebrated big number birthdays last year and thought a complete change of scenery, coupled with some adventure, would be a great way to recognize our milestones. Plus, it was the farthest north Mom had ever been.

Yes, we were slightly crazy to go when the temperatures hovered around -31 degrees Celsius but “felt like” -38 and -40 degrees.

We made sure to buy really good long underwear.

We wanted to see the Northern Lights (aurora borealis), so scouted out a location north of the city during the day and went out one of our first nights in Whitehorse to wait and see if the lights would appear. They did not disappoint. They danced across the sky, with the lights of Whitehorse twinkling far below. We stayed outside for an hour watching, before our fingers became painful. It was time to get back into the car and get warm. We saw them twice more during our trip, including our final night in Yukon Territory. Magical.

We went dog sledding with Alayuk Adventures’ owner Marcelle Fressineau, who has competed in the Yukon Quest and Iditarod long distance races on several occasions. We went snowshoeing with a guide from Boreale Ranch, where we were also able to view the Northern Lights on more than one occasion. We visited the Yukon Wildlife Preserve, and I tried to freeze my hair in the sub-zero temperatures while enjoying the warmth of Takhini Hot Springs (believe it or not, it was too warm to freeze my hair, although it did get frosty). 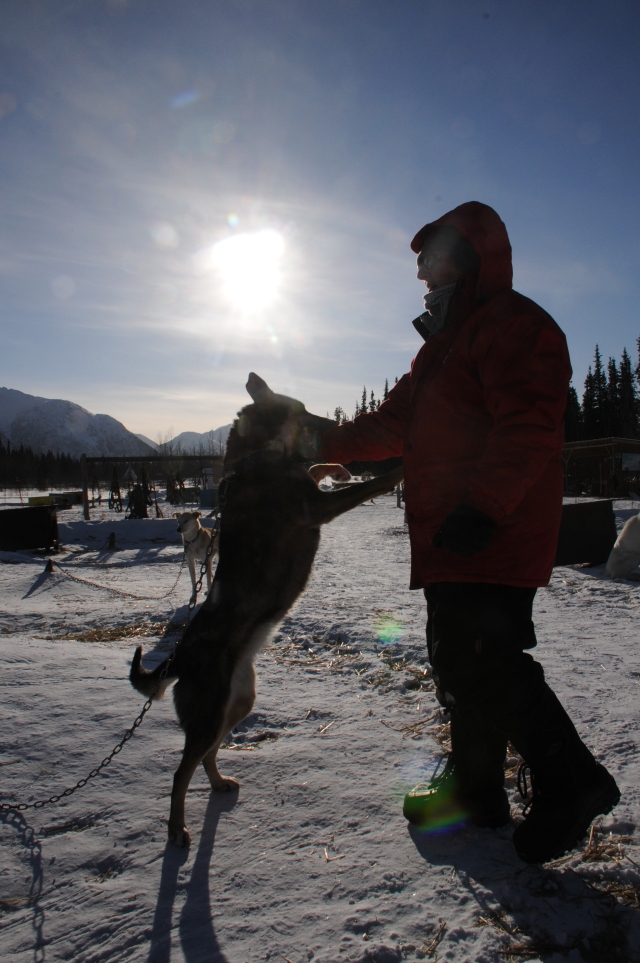 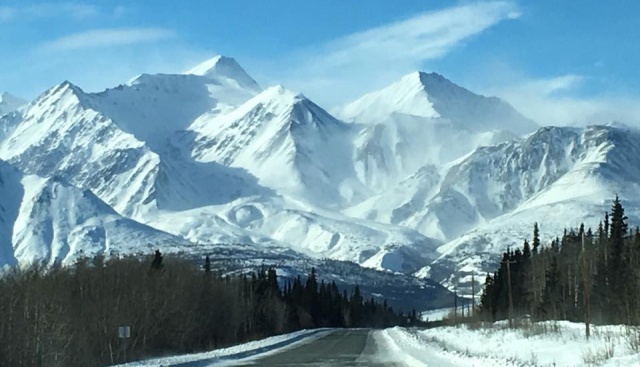 One of the highlights of the trip, though, was a day trip to Haines Junction and the entrance to Kluane National Park and Reserve, along the Alaska Highway. Kluane is home to Canada’s highest peak, Mt. Logan, which towers above the others at 5,959 metres (19,551 feet). The temperatures were cold, the wind was biting but the vistas were incredible. It was a great achievement to see this national park as Canada celebrates its 150th year.

I did this drive in 2014 with the Rangers, and wanted to view those mountains under a blanket of snow. I’m glad we took the trip in 2017, as the sun was shining, the company was amazing, and the drive was just enough to let me know my relationship with Canada’s north is not over.

(A version of this column originally ran at http://www.albernivalleynews.com on March 20, 2017)

I'm a journalist with a pen, notebook, camera and pilot's licence in my toolkit, and a passion for telling people's stories.
View all posts by susiequinn →
This entry was posted in Uncategorized. Bookmark the permalink.

1 Response to Call of the north pulls at my heart